Position of (32890) Schwob in Gemini the night of its discovery 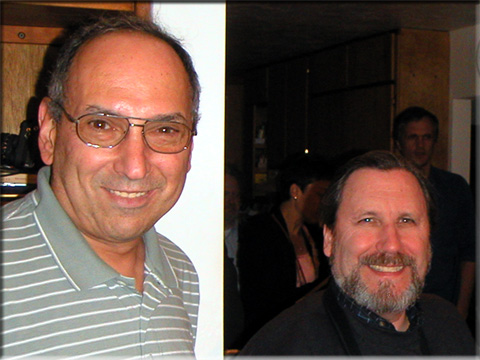 David Levy and Pierre during a visit at the Levy's home in Vail, Arizona. May 2003 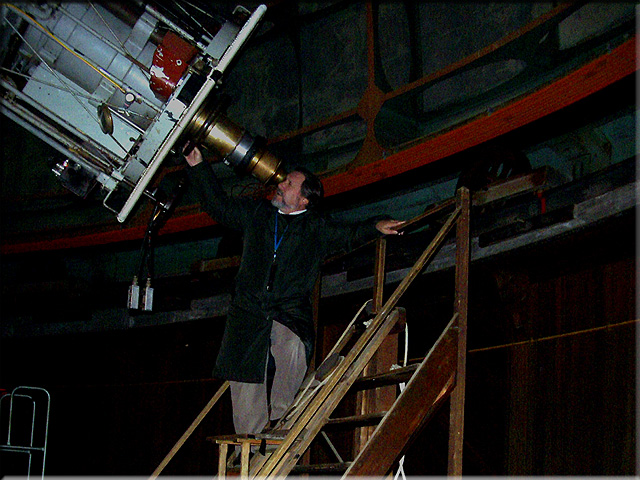 Return to my own site or visit Pierre's astronomy trips page

Astronomical Unit (AU)
An Astronomical Unit is the mean distance between the Earth and the Sun. It is a derived constant and used to indicate distances within a solar system. The Earth orbits at a distance of 1 AU from the Sun.

Eccentricity
An orbital parameter describing the eccentricity of the orbit ellipse. Eccentricity e is the ratio of half the distance between the foci c to the semi-major axis a: e=c/a. For example, an orbit with e=0 is circular, e=1 is parabolic, and e between 0 and 1 is elliptic.

Longitude of Perihelion
The sum of the longitude of the ascending node and the argument of perihelion.

Longitude of the Ascending Node
The angle between the reference X-direction (typically the vernal equinox) and the point at which the body passes up (north) through the reference plane.

Mean Anomaly
The product of an orbiting body's mean motion and time past perihelion passage.

Mean Longitude
The sum of the mean anomaly and the longitude of perihelion.

Mean Motion
The angular speed required for a body to make one orbit around an ideal ellipse with a specific semi-major axis.

Orbital Period
The time required for an object to make a complete revolution along its orbit. For example, the orbital period for a typical main-belt asteroid is about 4 years.

Perihelion Distance
The distance between the orbiting body and the sun at its closest approach.

Semi-major Axis
Half the length of the major axis of an orbit ellipse.

Time of Perihelion Passage
The time at which an object is at perihelion (its closest distance to the sun).

Return to my site or visit Pierre's astronomy trips page